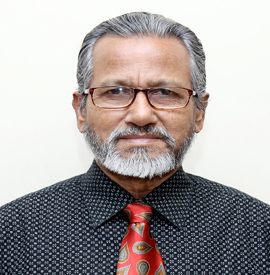 Message from the Executive Director

VERC recalls with great appreciation the expansion of intervention areas during the year with financial and technical support of overseas development partners in the areas of pre-primary and primary education, WASH, livelihood, technology promotion, health, local governance promotion, institution building and income generating activities to benefit more and more people. Strategic emphasis on promoting good governance through capacity building of Local Government bodies, service providers remained as focus issues. WaterAid, HYSAWA Fund, water.org USA continued to support CBOs and local government bodies attaining targeted success in line with commitments made by the government. VERC has further consolidated its position in public health, education and employment generation by building effective partnership with line departments of the government. It’s lessons have been contributing to the sectors more visibly. The year had been successful in respect of rights based activities in the country which will be contributing in establishing rights of women and children.

Significant progress has been made in respect of micro-finance program in the country with PKSF support and VERC’s own fund with a view to finding ways for social development interventions in the country in a sustainable manner.

A number of networks have been established with national and international organizations at home and abroad to expedite and consolidate activities on environment, WatSan and community health promotion along with capacity building of NGOs and local government bodies. In addition to regular project activities, VERC has taken part in observation of days/events, campaigns across the country as advocacy initiatives with the national government and other stakeholders.

VERC is indebted to the development partners including the government, the community people in general for their sincere support in implementing the planned activities. Before concluding, I would recall the contributions made by the Board of Directors and the General Council of VERC for their very useful support in contributing to our development efforts. VERC conveys thanks to the interested friends and professionals from across countries during the year for their interest and encouragement to VERC. The dedicated staff members at all levels deserve special thanks for their relentless efforts and contributions in meeting the development needs of the community people for now and for the future.